Bay Area Housing Affordability: Not Much Relief Yet

We talk about updates in housing affordability across the Bay Area and my thoughts on how the election of Trump effects the housing market. 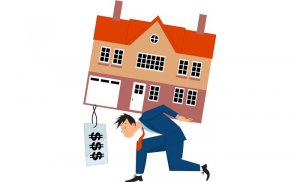 A lack of affordable homes continues to present one of the largest challenges to buyers in California, so it comes as welcome news that more residents — if only slightly more — can make the mortgage payments on the average Bay Area property.

The state’s housing-affordability situation is hovering near its all-time 2008 low, when only 29 percent of residents could qualify for a mortgage. That’s it – just 3 out of 10 of people. The average state household now needs to earn just over $100,000 to afford the median-priced $515,940 single-family home.

Nationwide, nearly 60 percent of U.S. households could afford to purchase the median-priced $240,900 home.

Affordability increased in seven of nine Bay Area counties in the most recently completed quarter. That said, improvements were minimal, ranging from 1 to 3 percentage points across the region. But does a 1 to 3 percent increase in affordability really make a difference in SF or Silicon Valley? It does not.

Solano and Contra Costa are the only Bay Area counties that rank as more affordable than the state-wide average, at a respective 45 and 35 percent. Contra Costa residents need to earn $116,000 to buy a home in 2016.

For the 16th consecutive quarter, the San Francisco-Redwood City metro area was the nation’s toughest for prospective homebuyers, with just 9.7 percent of residents able to afford a $1,100,000 home on the median annual income.

Households in this area need to earn in excess of $250,000 per year to afford monthly mortgage payments of about $6,300. Think about that….

Folks need to earn $250,000+ just to buy a home, and these markets were on fire for a few years. That’s a lot of households who earn big bucks (I really need to learn how to code!).

So, now that you know what it takes to buy a home, it’s time to go out double or triple your income!

In an analysis of how the Trump administration might affect housing markets, Pacific Union Chief Economist Selma Hepp explained that a lack of new construction in California and the resulting affordability problems may actually pose the biggest threat to the state.

But I will also add in rising interest rates due to the election (check for yourself), and the Fed signaling rate increases in the near future.

Where Trump might help home-buyers is with bank deregulation. He campaigned on the notion that Washington’s ties to Wall St. were too close and that a President should not be a puppet of the banks. Darn that Crooked Hillary! Well, guess what? Wall St. is celebrating “the Dawn of the Trump Era.” Shocker.

Trump’s plan is to tear apart Dodd-Frank, the legislation that went into place after our entire country’s economy melted down in 2008. You may remember that the “houses for anyone with a pulse” policy was a key piece in destroying our economy. Dodd-Frank ensured that those who were granted credit could actually afford that credit. Nearly the whole U.S. population blamed banks for the Great Recession yet beneath it all was a deregulated financial industry from the Bush era that functioned like the Wild, Wild West.

Ask any real estate professional in 2016 if we’re in a bubble and they will tell you “No, because people who have bought homes in the last 5 to 7 years are people who can actually afford it.” Dodd-Frank does way more good than harm, and limits the risk of future housing market crashes. So, why would Trump want to kill Dodd-Frank? Well, I think you can connect the dots…